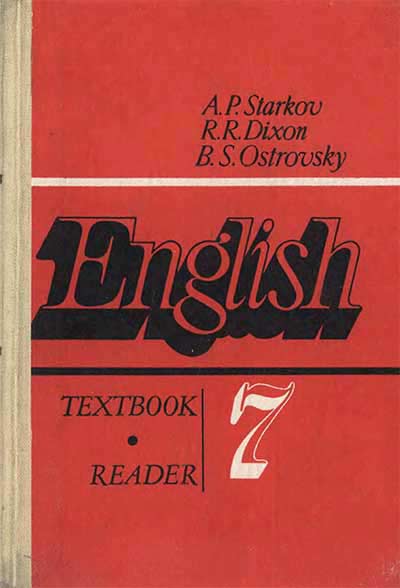 Rip Van Winkle was a farmer. He lived in a village near high mountains, not far from the river Hudson. He was a very kind man. The children in the village loved him. He often took part in their games and made them toys.

He was always ready to help other people in their work, but he did not like to work on his farm, and his wife was often angry with him. Rip never answered her, but went out with his rifle and his dog into the mountains.

Rip looked again and this time he saw a little old man with a barrel on his back. The old man called to Rip to come and help him, the barrel was full of wine. Rip agreed to help him, and they went up higher into the mountains. Then they stopped, and Rip saw before him some old men playing ball. When they saw Rip, they stopped playing and looked at him for a long time. Rip did not like that. The old man now opened his barrel and gave some wine to each of the men. They drank it and began to play again. Rip sat down near the barrel of wine. ‘Til drink some wine when they are not looking,” he said to himself. Then he drank some wine, and he liked it very much. Soon Rip wanted to sleep, so he lay down on the grass and shut his eyes.

When Rip Van Winkle opened his eyes, he saw that he was under

a tree in the forest high up in the mountains. It was a bright sunny morning. “Have I slept here all night?” thought Rip. “How angry my wife will be when I come home.” He remembered everything very well. The old man with the barrel of wine, the men playing ball, and the wine in the barrel, which he liked so much.

He looked for the nice clean rifle that he had with him, but all that he saw was a very old rifle near him. He called his dog, but it did not come. Then he stood up ready to go home, but he could not walk well. “Sleeping in the mountains is not good for me,” he said to himself, and began to go down very slowly.

When Rip came to the village, he met many people, but he did not know anybody. And the people whom he met did not know him either.

Then he saw that their clothes were different, not like his.

He touched his face and found that he had a long grey beard. He met many children; they looked at him and laughed. There were many new houses in the village, but he did not see the houses which he knew very well. New names were over the doors, new faces at the windows.

At last Rip saw his house. The house looked old, its windows were shut. “Where is my wife?” thought Rip. A very thin dog lay near the door. Rip called him, but the dog began to growl. “My dog has forgotten me,” said Rip. He went into the house and called for his wife and children, but nobody answered him. There was nobody in the house.

Rip in his old clothes, with his grey beard and his old rifle then went back to the village. The people looked at him with great interest. They came up to him and asked him questions. “Who are you?” they asked. “What do you want in our village? Who do you want to see?”

Rip thought a little and then asked: “Where’s Nicholas Vedder?” Nobody answered him. Then an old man said: “Nicholas Vedder! Oh, he died eighteen years ago.”

“Oh, he went to the war and did not come back.”

Rip was very sad when he heard this. He could understand nothing. The war? What war?

Then a young woman with a child in her arms came up to him. When the child saw the old man, it began to cry. “Don’t cry, Rip,” said the mother, “the old man won’t touch you.”

When Rip Van Winkle heard the name of the child, he looked at the face of the young woman. He tried to remember who she was. He asked her: “What is your name, my good woman?”

“And your father’s name?”

“Ah, poor man, Rip Van Winkle was his name, but twenty years ago he went away into the mountains with his rifle and his dog and nobody saw him after that. I was then a little girl.”

“And where is your mother?” asked Rip.

“She died a short time ago.”

Then Rip put his arms round his daughter and her child.

The people around did not answer him. Then an old woman came up to Rip, looked into his face and said: “Yes, this is Rip Van Winkle. Where have you been these twenty years, old friend?”

Rip soon told his story and then his daughter took him home to live with her and her family.

2. Rip slept in the mountains for many years.

1. Rip Van Winkle lived in a village not far from ... . (the river Hudson, the river Volga)

5. When Rip opened his eyes, he saw .... (nobody near him, the old man with the barrel, his dog sitting near him)

6. When Rip came to his village, he saw ... . (many people whom he did not know, his wife and his children, his old friends)

7. Rip went into his house and saw ... . (nobody there, his dog waiting for him, his wife and children)

Jack London, the famous American writer, was born in San Francisco. The family was poor and Jack began to work when he was nine years old. He got up at three in the morning and carried newspapers to people’s houses. After that the boy went to school. When school was over, he carried the evening newspapers round the town. On Saturdays and Sundays he worked at a hotel. The boy liked to read and spent all his free time with books.

Jack London left school at thirteen. After that he worked for ten and more hours every day, but he soon lost his work. Many people in San Francisco had no work at that time, so they decided to march to Washington and ask for work and bread. Jack London marched to Washington too. He did not get any work there, but was arrested with other workers.

At that time London met a man who spoke to him about socialism and about Karl Marx. When London came back to San Francisco, he began to read books on socialism. In 1895 he joined the Socialist Labour Party. For a year London was a student at a university. But he soon left it. He had no more money and could not pay to the university. He found work at a factory and in the evening wrote poems and stories. But nobody wanted to publish his stories.

Gold was found in Alaska at that time, so London went there. He lived in Alaska for a year, but did not find any gold. He met heroes for his stories there — strong men. Back in San Francisco, Jack London worked in different places and at night wrote his stories about the North. In 1898 some of them were published and people liked them very much. In 1902 Jack London visited the capital of England and wrote a novel about the poor people of London. After the Russian

Revolution of 1905, London published more novels about working people. In the years 1905 to 1909 Jack London wrote his best stories and novels. One of the novels was “Martin Eden”, in which the writer described his life. Here is one of his short stories.

For the Love of a Man Parti

A party of three men waited for spring, when the river was free of ice. Then they could make a boat and go down the river to look for gold. Thornton was the leader of the party, Hans and Pete helped him. There were three dogs in the party — Buck, Skeet and Nig. They were great friends — the men and the dogs. Buck was friendly with the other two dogs and with Hans and Pete, but he loved only Thornton. Thornton not only gave the dogs food and water, but he talked to the dogs as if they were men. Thornton was kind to the three dogs, but he loved only Buck. He often took the dog’s head between his hands and put his head on Buck’s head. Buck liked to lick Thornton’s hands.

When spring came and the river was free of ice, the men finished the boat. The next morning they began their journey. It was difficult to go down the river as it ran very fast. In some places Hans and Pete and the dogs got out of the boat and on to the bank.

Thornton stayed in the boat, and Pete and Hans tied a rope to it. Then they walked along the bank and pulled the boat. At one Such place Thornton fell out of the boat into the river. Buck saw it ar.d jumped quickly into the water.

The dog tried to swim to Thornton, but the river ran so fast that the dog could not get to him. Thornton got on a large stone and stood there. He cried to Buck to swim back to the bank. The dog did not want to leave his friend, but Thornton repeated the command, and Buck swam back to the bank. Then Hans and Pete tied a long rope to Buck and sent him into the river. In a few minutes the water carried him to Thornton. Thornton put his arms round Buck, Hans and Pete pulled the rope and they swam to the bank. The water beat them against the stones, and ran into their noses and ears.

When Hans and Pete pulled the man and the dog on to the bank, Thornton’s eyes were shut, his face was white. When he opened his eyes, he could not speak, but his eyes asked: “Where is Buck?”

Buck was ill for some days. The party stayed there for a month.

as if — как будто to pull — тянуть 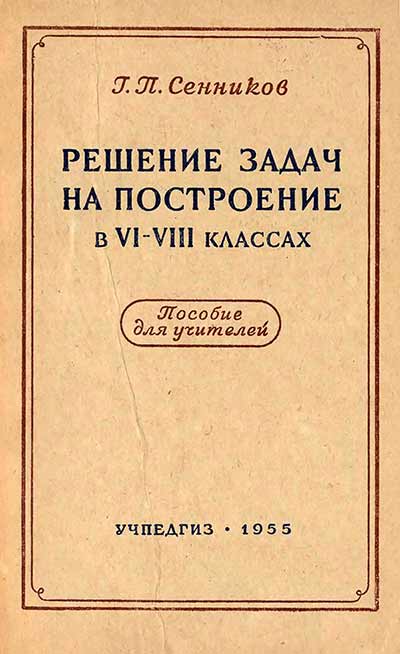 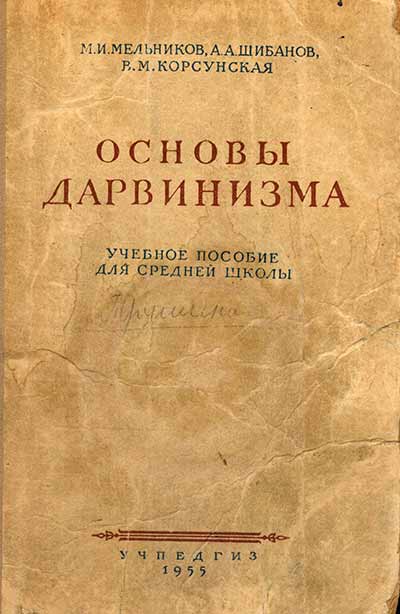 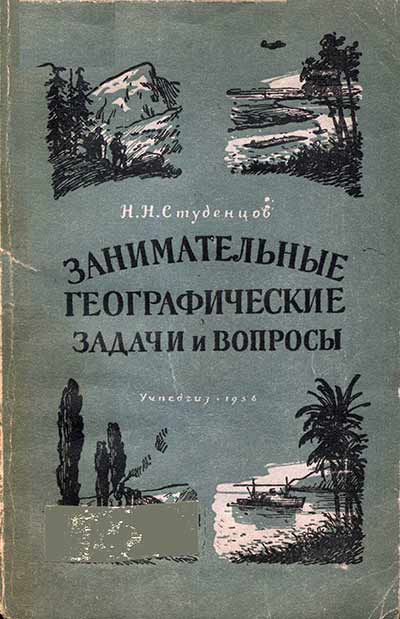 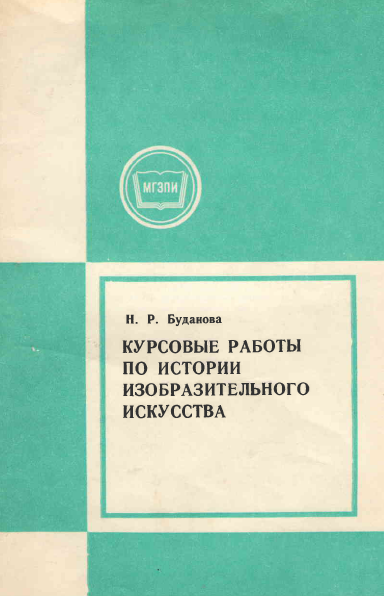